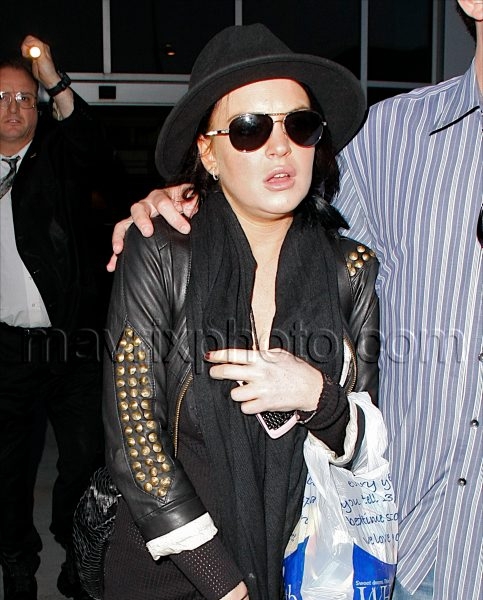 An exhausted looking Lindsay Lohan finally touches down on US soil with a bodyguard in tow at LAX after returning from Cannes.  Lohan arrived back in Los Angeles amid controversy surrounding an upcoming court date , stemming from a DUI arrest in 2007.  While in Cannes Lohan’s camp claimed that her passport was stolen, making it impossible for her to return to Los Angeles for the court appearance that was to due to take place last Thursday as part of her probation resulting in a warrant for her arrest. 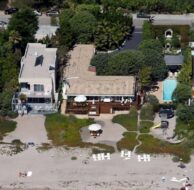 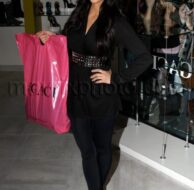 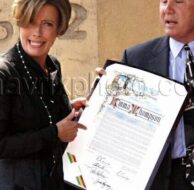 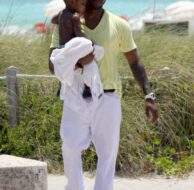 How Cute Are Usher and his Kid?