Internationally beautiful couple, Angelina Jolie and Brad Pitt ventured to Paris to celebrate the French release of Jolie’s film “In The Land Of Blood And Honey” at K-2 Cinema.

The duo, who’s stated on more than one occasion that they will not marry until it’s legal for all people, highlighted their own love while posing for photos.

Angelina stunned in a silver, floor length gown that accentuated her beautiful frame with a large satin flower gathered at the shoulder.

Jolie’s better half kept things simple with a simple black suit paired with an unbuttoned white dress shirt and tinted glasses making him the most delectable arm candy in Hollywood.

“In The Land Of Blood And Honey” tells the tale of love and loss in a war torn country and is Jolie’s directorial debut. 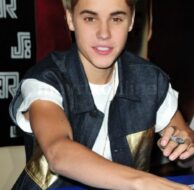 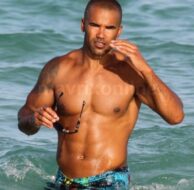 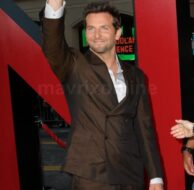 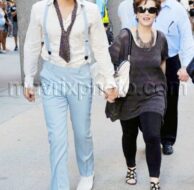 Brand And The In-Laws