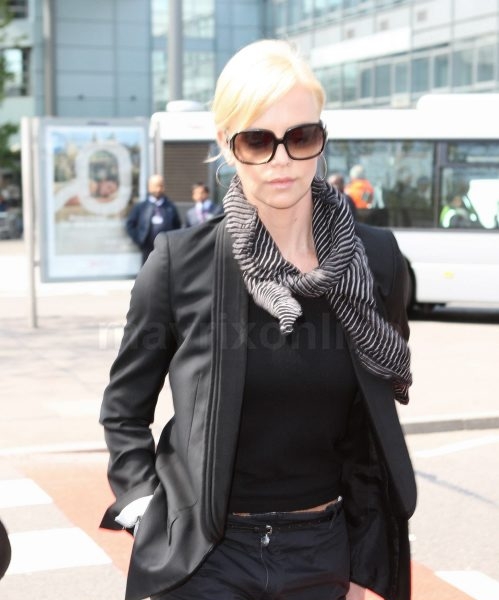 Despite the long haul flight from LA to London, Charlize Theron manages to look effortlessly beautiful as she makes her way out of the airport.

Talk about creative comfy fashion! Love the blazer, the scarf and cut off pants and those shoes!

Charlize arrived in England to work on her new movie Prometheus an action sci-fi film. According to reports it promises, action, gore, aliens and drama, not necessarily in that order. 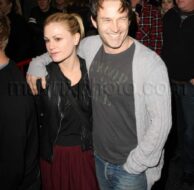 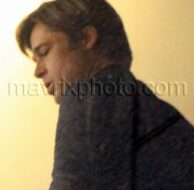 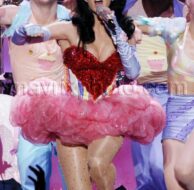 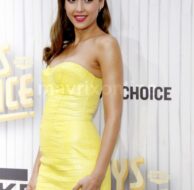