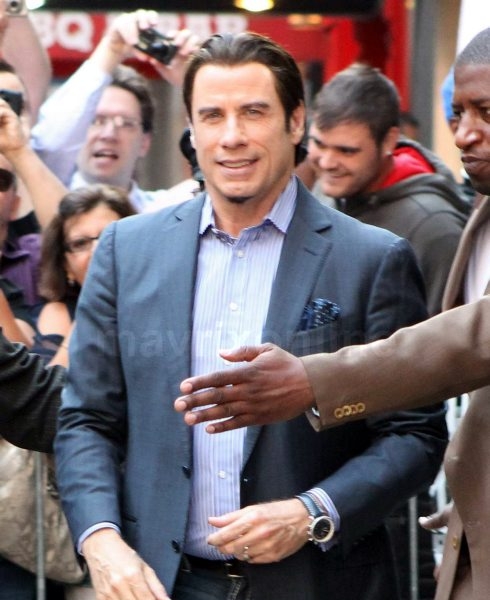 John Travolta was spotted arriving at the GMA Time Square studios for an appearance on “Good Morning America” in NYC.

It’s been reported that the 59 year old actor has vowed to look after James Gandolfini’s family in the wake of his sudden death. Speaking out about the special friendship the two actors shared on GMA, “My father sold tires to his father,” Travolta stated. “He would see picture of me on the wall from movies and he decided that he wanted to be an actor.”

The two actors collaborated on the films, “Get Shorty” and the remake of “The Taking of Pelham 1 2 3.” Travolta has vowed to look after James’ family and feels it’s the right thing to do, especially since Gandolfini flew to be by his friend’s side after Travolta’s 16 year old son, Jett, died unexpectedly of a seizure in 2009.”

James went out of his way to come to Florida and he would not leave Florida until I was OK, or he felt that I would be fine,” Travolta recalled. “After a week I said, ‘Jim you can really, you can, you know, we’ll be fine. I’ve got a lot of support here.’ But the idea that in our profession someone would go out of their way and not want to leave you until he felt you were OK, tha’ts the kind of soul that James Gandolfini was.”

The late actor is survived by his wife, Deborah Lin, their 8 month old daughter, Liliana and their 13 year old son Michael, from a pervious marriage. “My goal is to make sure that his family is OK.” John said. “His little boy, I watched him grow up, and his brand new little girl. We’ll just make sure they’re taken care of. That’s the whole idea.” 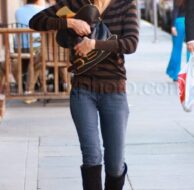 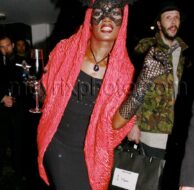 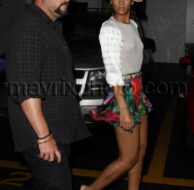