PETA protesters hold signs that read “NBC: Animal Mal-Practice” and “I Don’t Want to Be in Your Damn TV Show” as they wear monkey masks to protest the show “Animal Practice” at NBC’s headquarters in Hollywood.

PETA members—along with primate experts Dr. Mel Richardson and Kari Bagnall—gathered outside NBC’s North Hollywood offices on Wednesday for a protest and news conference that addressed the cruelty inherent in Animal Practice‘s use of wild-animal “actors” such as Crystal, the capuchin monkey who stars in the series.

The experts were on hand to explain how previous sitcoms featuring monkeys, such as NBC’s Friends, caused a flood of discarded “pet” monkeys at primate sanctuaries across the country, when misguided owners realized that they were unable to meet these complex animals’ specialized needs. They also addressed how monkeys suffer behind the scenes during training and throughout their lives in captivity.

“The cheap laughs that Animal Practice gets from putting a monkey in a lab coat come at a heavy cost for animals, who spend their lives deprived of everything that is natural and important to them,” says PETA Senior Vice President Lisa Lange. “Animal Practice‘s brand of ‘comedy’ is as cruel as it is creatively bankrupt.”

The “smile” that Crystal exhibits on the show is actually an expression that indicates fear and stress in capuchin monkeys. Capuchin expert Dr. Eduardo Ottoni states, “[S]ince we do not usually understand their communicative behaviors properly, fear, submission, or avoidance displays can easily be mistaken for ‘smiles.'” 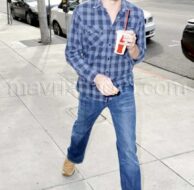 Get Your Drool Bibs Ready: We Have More Pictures of Jason Dottley 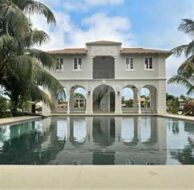 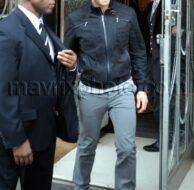 A Prince In London