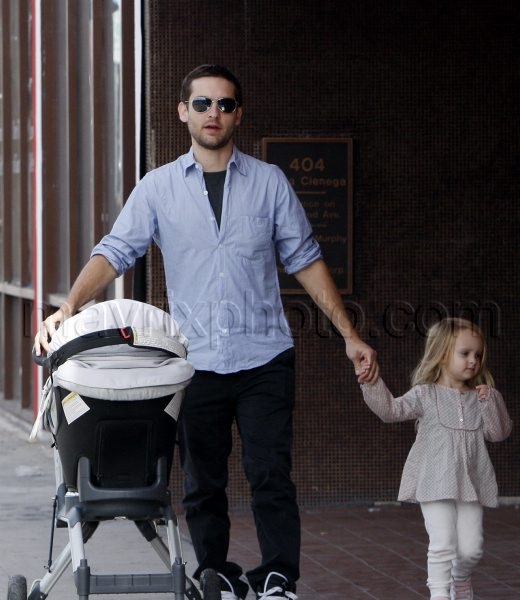 Tobey Maguire and the Family Do Lunch

Tobey Maguire and his family hit up a vegetarian hot spot in West Hollywood yesterday, and Tobey is looking pretty good in these shots. His daughter is absolutely precious, too!

So, I knew that Tobey’s been a vegetarian for years (over 14, but who’s counting?), but I didn’t know that he recently turned vegan. He made the switch some time this year.

Another fun fact about Tobey: it’s rumored that he’s made over $10 million by playing poker in tournaments around Hollywood. It’s not hard to believe, considering that he’s placed in the money a couple of times during the World Series of Poker.  I guess if the acting thing ever falls through, he’ll still be set! 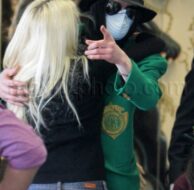 Michael Jackson and His Kids in Hollywood 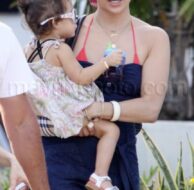 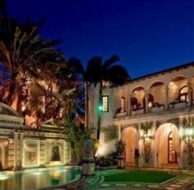 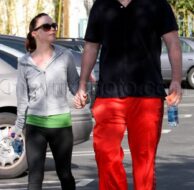